skip to main | skip to sidebar

What is Critical Race Theory?

There has been much discussion over recent months across the entire nation, and in Texas especially, about Critical Race Theory. As a concept, it is now entwined in the public mind with the teaching of history in Texas schools. Professor Gene Preuss is one of the best-known and most respected academic historians in Texas. He is a member of the board of directors of the Texas State Historical Association and a former president of the East Texas Historical Association. He also hosts a interview program on a Houston television station. This program, sponsored by the League of Women Voters, examines questions of public affairs and related current policy issues. A recent program deals with defining Critical Race Theory. In it, he interviews Dr. Vida Robertson, Director of the Center for Critical Race Studies at the University of Houston, Downtown. 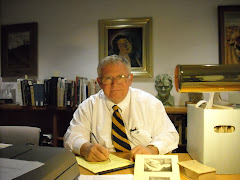